The ClearBlade IoT Platform is a development and runtime engine for the Enterprise Internet of Things.

The ClearBlade IoT Platform operates as:

Operates as full stack, middleware or backend to an IoT Application with its six core modules: 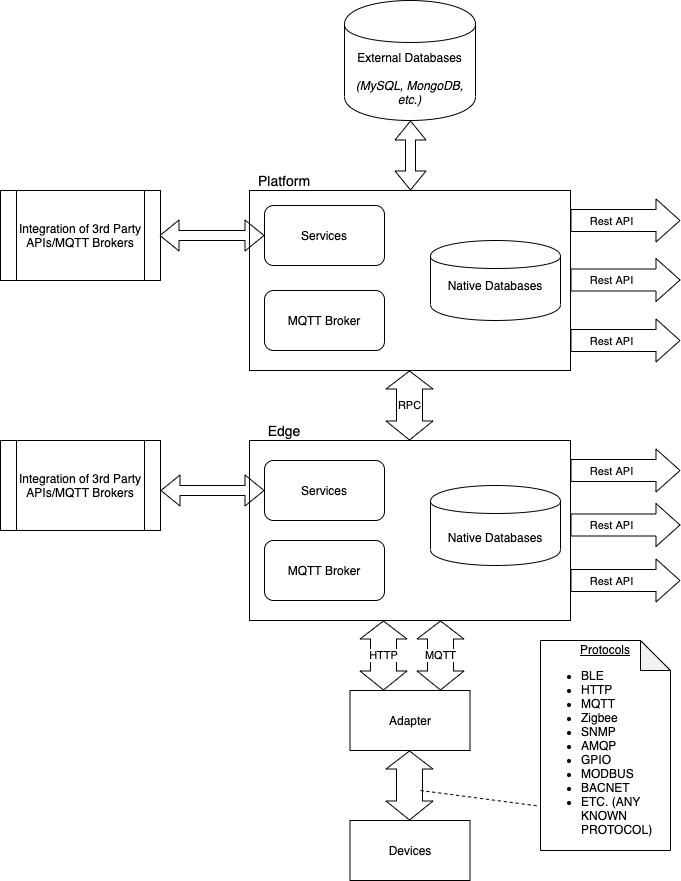 Deploying an IoT solution once is simple, but a production solution will require many development iterations, new features, and security updates. The ClearBlade IoT Platform also operates as a development environment by allowing developers to modify microservices, collections, portals, and other assets from within the centralized platform, and the changes are synced across all Edges. This creates a simple, centralized development experience that can seamlessly sync across many edges running on different machines in many geospatially distant networks.

The Edge Orchestration feature allows a single platform to

Many developers can use a single ClearBlade IoT Platform at once. Each developer can have many IoT Applications running simultaneously, and systems can be shared between developers. Each IoT Application is called a System, which includes the six modules from above, and runs completely isolated from every other system on the platform.

Scaling up a Platform

To customize for your solution, see our IoT Specs and Device Load Calculations

© 2022 Released under the MIT license – Documentation built with Hugo using the Material theme.